Little Known Facts About the Month of June 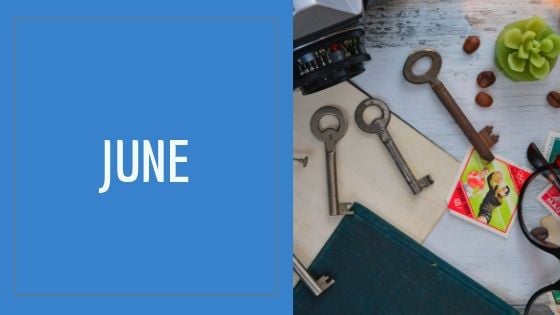 People love June because it’s the end of school and the official start of summer, which can only mean one thing: fun!

To honor June, here are some little-known facts about June. Share them with your friends at the next pool party!

Named after the goddess of marriage

The sixth month of the year took its name from Juno, the goddess of marriage. Maybe that’s why so many people choose to tie the knot in June? No matter how the tradition got started, June remains the most popular wedding month.

These birthstones for June all represent positive values. Alexandrite symbolizes good health and longevity. Moonstones are all about new beginnings. Pearls, a timeless symbol of class and prestige, signify health and purity.

The zodiac in June

The timeless rose and the sweet honeysuckle are the birth flowers of June. Roses can signify a number of things, including gratitude, romantic love and innocence, depending on their color. Honeysuckle’s meaning is more clear, representing fidelity, generosity, and love.

In June we’ve got plenty of things to celebrate and commemorate. We celebrate dads on Father’s Day every June. And each June 6th we remember the politically and historically important “D Day” that marks the Normandy landings of the Allies during World War II.

June 21st is the summer solstice, the longest day of the year. In fact, June has the most days with the longest daylight hours of any month. One more reason to spend more time outdoors in June!